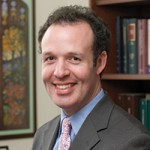 Since 2010, Joshua Blank has served as professor of tax practice and faculty director of the Graduate Tax Program at NYU School of Law. Blank’s scholarship focuses on tax administration and compliance, taxpayer privacy and tax transparency, and taxation of business entities. His scholarly articles have appeared in University of Pennsylvania Law Review, UCLA Law Review, New York University Law Review, Emory Law Journal, and Tax Law Review, among others. Blank’s research has been profiled by the mainstream media, including the New York Times, Reuters, and Forbes. In 2014, Blank received the Podell Distinguished Teaching Award from NYU Law. Blank served as vice chair of the Teaching Taxation Committee of the Tax Section of the American Bar Association from 2009 to 2013. From 2008 to 2009, Blank was an assistant professor of law at Rutgers School of Law–Newark. From 2006 to 2008, he served as an acting assistant professor of tax law at NYU Law. Prior to entering academia, Blank was a tax lawyer at Wachtell, Lipton, Rosen & Katz.