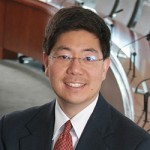 Stephen Choi joined the NYU School of Law faculty in 2005. From 1998 to 2005, Choi taught at the University of California, Berkeley, School of Law, where he was the Roger J. Traynor Professor of Law. Prior to that, he taught as an assistant professor at the University of Chicago Law School from 1996 to 1998. He graduated first in his class from Harvard Law School in 1994—where he served as a legal methods instructor and supervising editor of the Harvard Law Review—and received his PhD in economics from Harvard in 1997. Choi has been a recipient of the Fay Diploma, the Sears Prize, and the Irving Oberman Memorial Award. He has also held John M. Olin, Jacob K. Javits, and Fulbright fellowships. After his graduation from law school, Choi worked as an associate at McKinsey & Company in New York. His research interests focus on the theoretical and empirical analysis of corporations and capital markets. He has published in the Yale Law Journal, Stanford Law Review, University of Chicago Law Review, Michigan Law Review, Southern California Law Review, Duke Law Journal, University of Pennsylvania Law Review, and Virginia Law Review, among others, and has presented papers at numerous conferences and symposia.