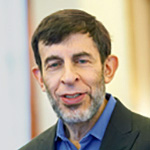 After graduating from Princeton University and Yale Law School, Daniel Shaviro spent three years each at Caplin & Drysdale, a leading tax specialty firm, and the Joint Committee on Taxation, where he worked extensively on the Tax Reform Act of 1986. Shaviro began his teaching career at the University of Chicago Law School in 1987 and joined the NYU School of Law in 1995. His scholarly work examines tax policy, budget policy, and entitlements issues. His list of published books includes Fixing U.S. International Taxation (2014); Decoding the U.S. Corporate Tax (2009); Taxes, Spending, and the U.S. Government’s March Toward Bankruptcy (2007); Who Should Pay for Medicare? (2004);Making Sense of Social Security Reform (2000); When Rules Change: An Economic and Political Analysis of Transition Relief and Retroactivity (2000); and Do Deficits Matter? (1997). Shaviro also has published a novel,Getting It (2010), and has a blog at danshaviro.blogspot.com. At NYU Law, Shaviro teaches various tax courses, including a scholarly colloquium on tax policy and public finance.